The layered, light-filled canvases of Mark Rothko are among Patrick Brown’s favorite works of art, and one can sense a conceptual affiliation with Rothko’s hovering clouds of color in Brown’s heartfelt biomorphic abstractions. Like Rothko’s, Brown’s work is purely abstract but imbued with a deeply felt humanism—a sense of the sublime—derived from his own struggles living with HIV.

Brown’s experience mirrors that of many men and women who live for years unaware that they are infected with the HIV virus. While the perceptions of HIV/AIDS have changed from a death sentence to a manageable chronic condition, Brown stresses the importance of testing, prevention, and education to stop the further spread of the disease.

“Prevention education is so important because every 6.5 seconds someone becomes infected with HIV globally, and every 10 seconds someone in the world dies of AIDS-related illnesses. Today more than 34 million people globally are living with HIV,” says Brown. 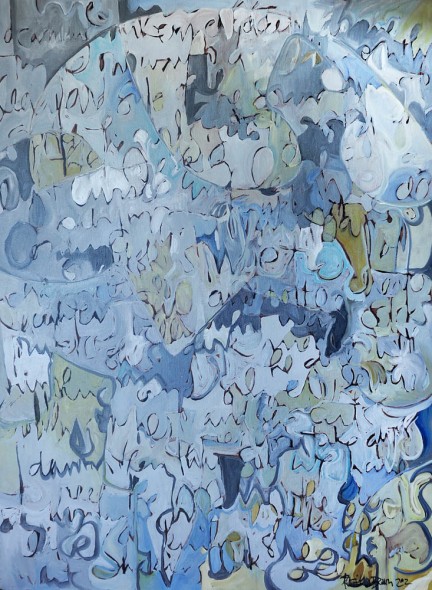 “It’s a shame because people seem to think that there’s an end to this epidemic, and last year there were 2.5 million people newly infected with HIV. With recent talk of fiscal cliff-related funding cuts in research and care, there could be major consequences if funding stops.”

commercial art director, with his fine-art ambitions relegated to a weekend hobby. Painting became more important than ever to Brown after his diagnosis and in fact, played a critical role in his recovery. As soon as he got out of the hospital and had enough strength, he began painting full time, channeling all of his creativity into the development of a body of paintings that are reflective of Mid-century Modernist painting.

Pages from journals Brown kept while gravely ill were the inspiration for some of the artist’s most evocative work. In a manner reminiscent of Cy Twombly’s and Brice Marden’s calligraphic abstractions, these canvases are filled with gestures that resemble writing but ultimately fill the picture plane with an overall abstraction. While these works remain unreadable as anything other than an abstract image, Brown says that they are “full of the emotions and effects of my disease and the loss of friends and family that can’t cope with the unfair stereotypes associated with HIV or AIDS.” 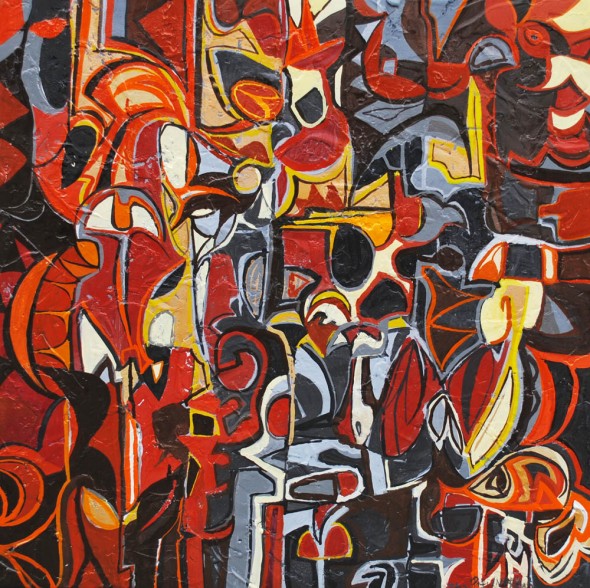 Brown uses a varied color palette in these paintings, including earth tones, grays, blues, and vibrant primary colors—giving volume to abstract forms while asserting the two-dimensionality of these pictures in a manner similar to the Cubists. In other words one can see the influence of Klee’s intricate, gem-like paintings, which Brown cites as a major influence.

“I’m always aware of color and composition, but I do allow a certain amount of freedom when my eye catches a pleasing organic shape,” says Brown. “My process always evolves over a period of months. It’s not unusual for me to produce a series of paintings in the same style that may last six months. Then it’s usually a natural progression to move on to the next series. I think it takes a number of paintings before I understand my limits or the goals I’m trying to achieve. My mind is always taking me to the next painting, using what works and eliminating things that don’t.” 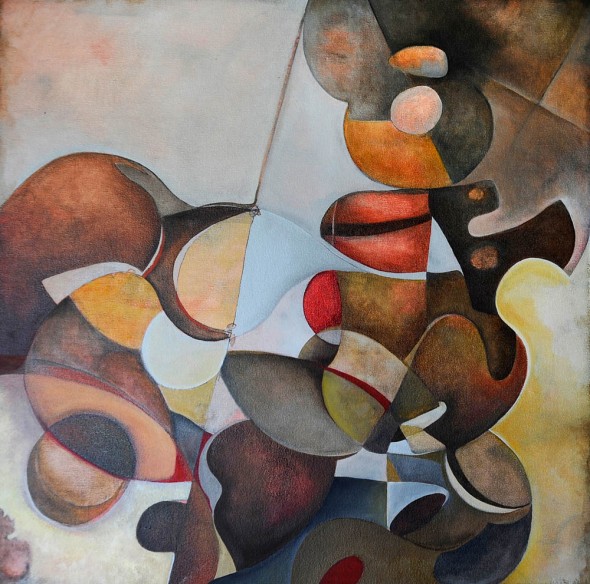 For several years Brown has been involved with Visual AIDS, a New York-based organization that promotes HIV prevention and AIDS awareness through visual art projects.

The organization also assists artists living with AIDS and preserves their work. In January, Brown will participate in one of the organization’s biggest fundraisers, Postcards from the Edge at Sikkema Jenkins & Co. gallery in New York, featuring over 1,500 anonymously displayed, postcard-size artworks for sale. “Some are famous—like Jeff Koons or Yoko Ono. You don’t know whose postcards they are. People line up and rush in and try to snap them up,” says Brown. “They’ve become real collector’s items.” 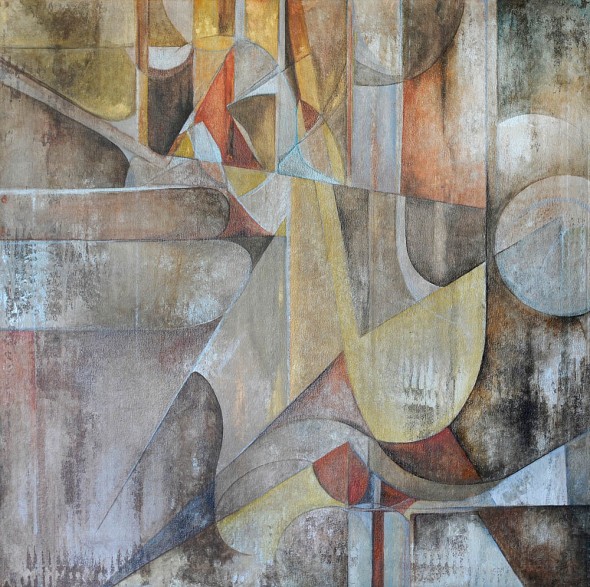 Brown lives and breathes painting—working every day in his home studio in East Nashville. He has a genuine excitement for the painting process and says that often he can’t wait to get out of bed in the morning to begin painting. His diligence has begun to pay off. Recently Brown sold five of his paintings to the ABC series Nashville where they were used to decorate the interior of Juliette Barnes’ (Hayden Panettiere) house.

While Brown’s work does not directly address the AIDS crisis or his own health, the subtext is always present, as it is in the work of Ross 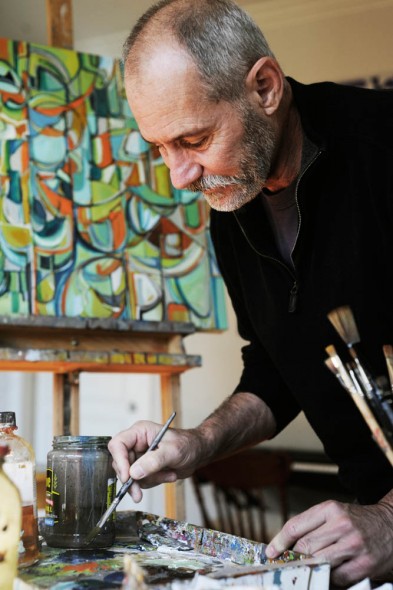 Bleckner, whose dark paintings with floating images evoke memory
and loss, functioning as memento mori to those lost in the AIDS epidemic. Like Bleckner, Brown creates paintings that invite contemplation rather than confrontation—a kind of visual slow-release, drawing the viewer close and revealing their formal complexity over time.

Patrick N Brown was born in East Saint Louis, Illinois in 1953.  His education focused on painting, printmaking and ceramic arts at the University of Memphis, Hendrix College and Jefferson College.